While preparing for a phone interview with Bay Area singer Estelle California, I was worried about us being able to communicate.

With her French and my thick Tennessee accent I thought we might need a translator.

But we understood each other. In so many ways.

Growing up in a racist environment as a child, she knew from an early age the things she was hearing were wrong.

She developed a fondness for the Africans that lived in France and was heartbroken by their plight.

She explained to me when she was growing up, females were to be ‘seen not heard’. But she often voiced her concerns about racism.

She also discovered her gift of music at an early age. Her talent led her to training as a classical pianist.

She later discovered the saxophone. Perhaps it’s soulful cry echoed the pain she feels inside for those suffering from the hate and racism in the world.

It wasn’t until she was in her mid-twenties someone commented that she speaks with ‘a singing voice’.

She wants her music to bring light to the dark world. For people to come together and listen. And not care about the race of the person listening next to them. To let their hearts sing along. And for a brief moment, everyone feels Love.

I asked her to send me some pictures that bring her joy.

After speaking with this fellow ‘old soul’ I can understand what she sees in these three.

Much like her idol, Nina Simone, Estelle Speaks out for those who have lost their voice to oppression. She uses her voice in many ways.

She’s unapologetically determined fight racism. Bigotry and hatred are learned behaviors. No one is born believing they are above anyone else.

Her young daughter sings her songs, and loves everyone, because that’s the behavior SHE was taught. 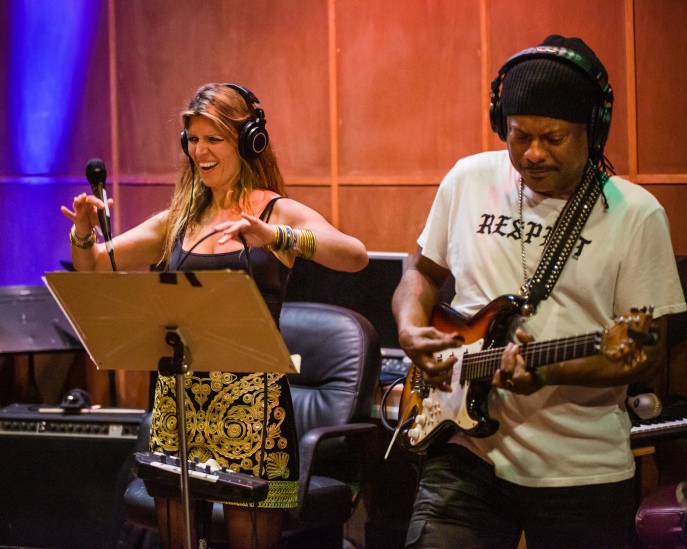 Fresh from her hit single ‘Star’ from her EP ‘My Name is Freedom’ the artist is working on more projects. It’s not about the money and fame for her, it’s about spreading the light.

“If you don’t work hard to keep your essence, then you will lose it all.”

Estelle took the last name ‘California’ after the state where she finally found herself.