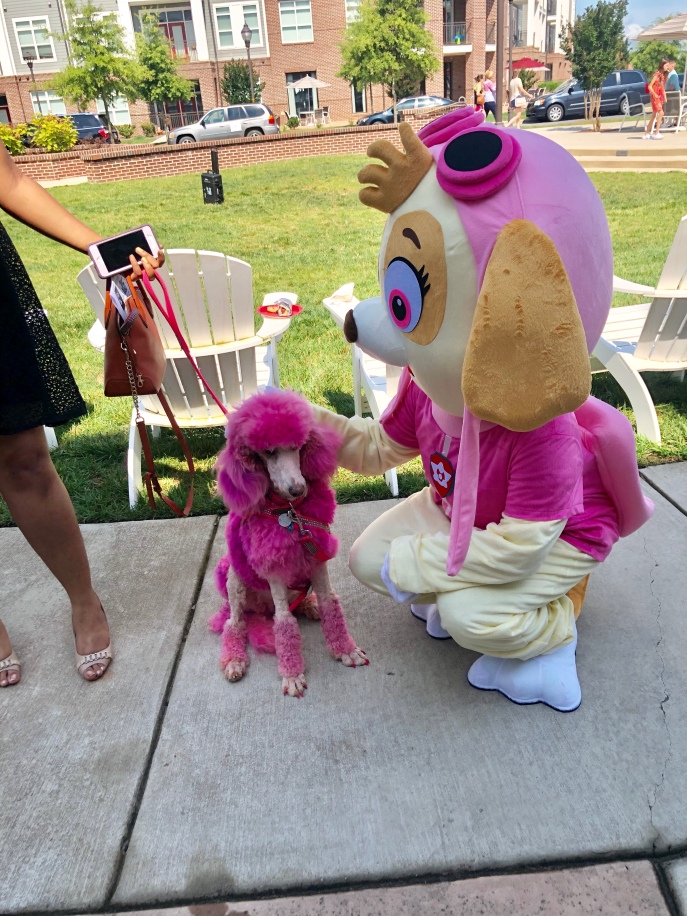 My blogging career has gone to the dogs. Literally.

Charlotte Seen let the fur fly today during Haute Dogs In the City.

Our furry friends hit the runway dressed in the finest Doggie Couture.

There were Dapper Dudes.

There were Divas. This one was giving me a run for my money.

Some were just ready for a nap.

This one proudly showed off her bikini and coordinating sunglasses. 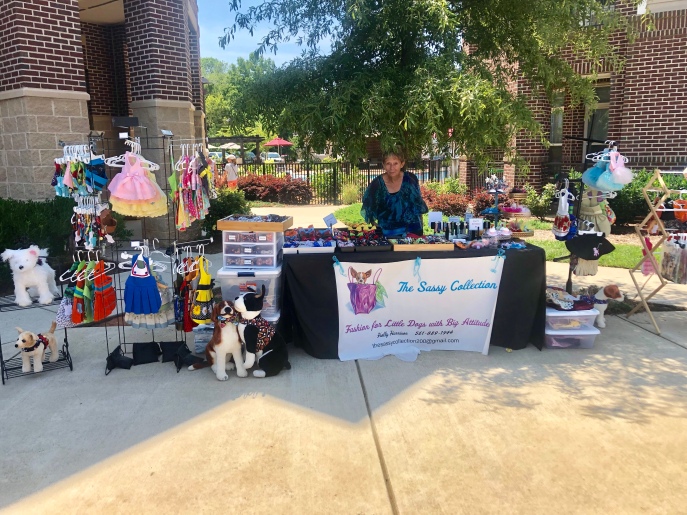 Doggie Couture was available for the shopaholic doggies. 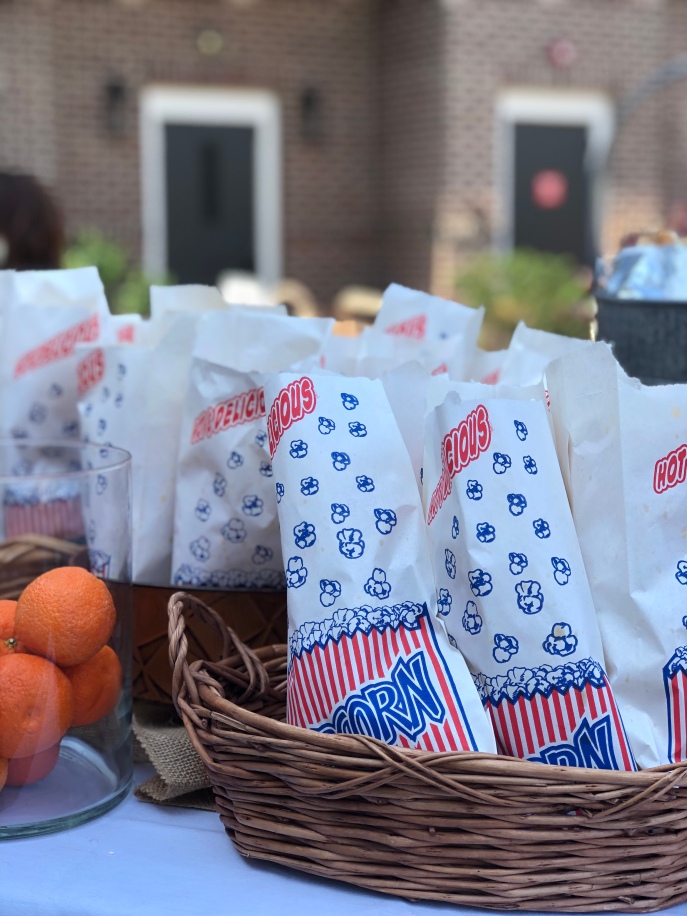 There was ‘Pup Corn’. There were giveaways from our sponsor New South Insurance.

And we were safe with Skye from Paw Patrol on duty. 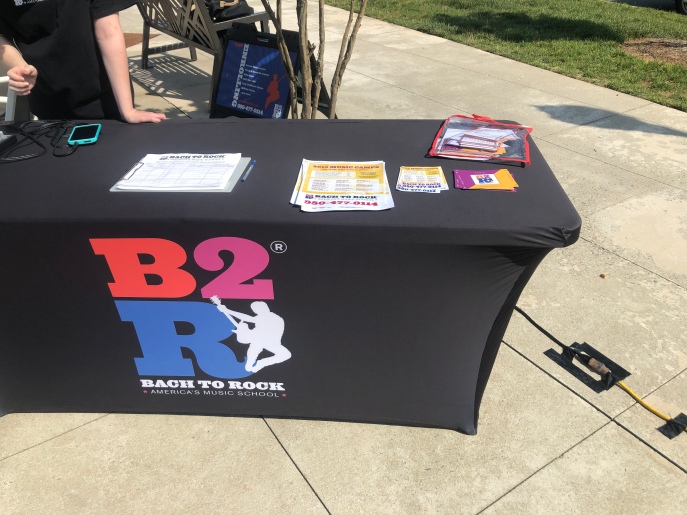 There was music and dancing. Most importantly we got to hear these furry models stories.

Many were rescued. Some were service animals. And some were longtime family pets.

We heard stories of one dog predicting the changes in its owners blood sugar. And the emotional support one gave it’s cancer survivor owner.

We learned that North Carolina has one of the highest numbers of euthanized animals.

And the importance of Pet Adoption.

Spread the news! Make sure your pets are spayed and neutered. Foster and adopt.

We all have to do more for mans best friend.

When you gather seven of Charlottes most successful business men in one room, knowledge just flows.

These men shared their business strategies as they apply to hostess Lu Ann Barry’s seven step, 360 degree approach to success.

Having met half the men on the panel before and seeing their success grow through the years I knew there would be some powerful messages.

Knowledge is Wealth. DJ Chuck T did not attend college. He gained all his knowledge from life experience.

Ryan Jor El did not get his degree in fashion. However his on job training gave him more knowledge than a book ever could. Fashion became a launching pad for all his other endeavors.

Sport E Odie echoed a belief I’ve always had. After graduating, kids are too young and immature to decide what they want to do in life. Leading to so many people not doing what they have a degree for. 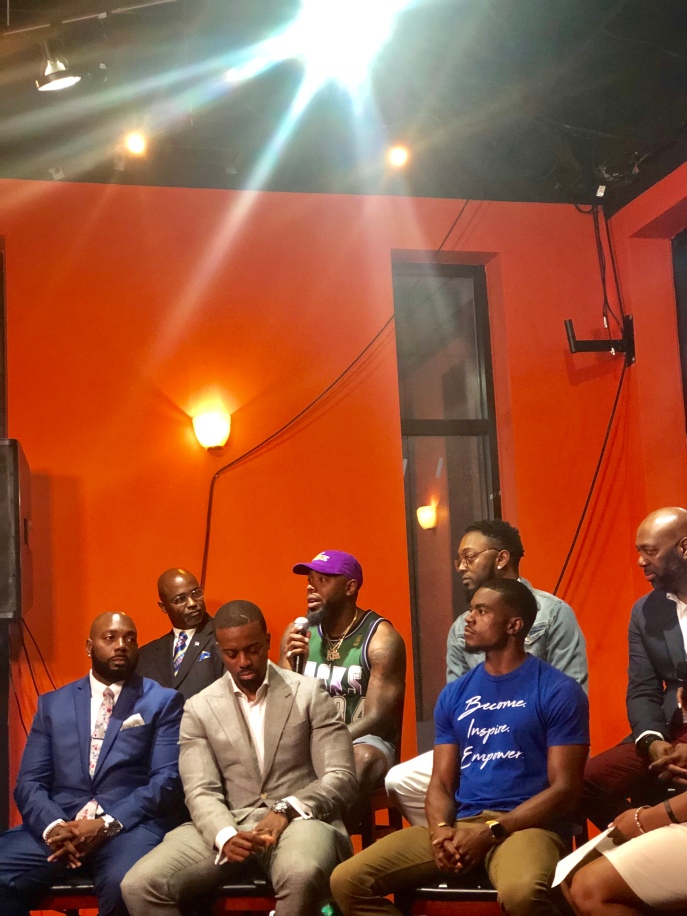 He said “Failure makes you learn”. Losing money is the best way to ensure you never repeat that mistake.

Sport E stresses the importance of holding on to your knowledge

Terry Budget, a highly decorated military veteran, spent a lot of time reading. Books are a main resource in his career.

After losing everything not once, but twice, he’s now very successful. With his speaking engagements bringing in $10,000 an hour, he still focuses on those with nothing. Playing a game of chess with a prisoner, sharing his insight and encouragement.

His words have become a valuable resource to me.

When George Acheampong talks, I listen! This is the second opportunity I’ve had to hear him speak. And his words have changed me in many ways. He has taught me the importance of teachability. Willingness to learn. And accept change.

“Behave your way into a certain skill set”.

Your team doesn’t have to be physical. It can be virtual. Not even from the same city.

Learn to utilize your Team. Know when to let a member go.

Sport E Odie said “Keep the ones that watched you build. The ones that see something in you not just what you see in them”

Curtis Walls told us he’s not always the biggest guy in the room. But always the one to command respect.

So much of what he said during this discussion has stuck with me.

He said we need to ask of our team “What is their why?”

What is their energy level? How are they acting and moving?

“A team is only as great as their leader’

Our network is not the same as our team. Associate with what you do.

Curtis Walls told us if people see you casually in that space then they will take you seriously when you start to build on it.

Ryan Jor El knows one of the most important parts of networking is getting your brand noticed.

“It doesn’t have to be perfect it just has to be out there. People can’t critic what they don’t see”

“Until they see your actions, no one will take you seriously.”

How we package ourselves, our brand, is major. The panel pointed out that the average person has to see something seven times before they take notice.

“Your marketing isn’t working unless people are seeing it” said Sport E Odie. Sometimes you have to go back to the old school way. Print up flyers. Make T-shirt’s. Pound the pavement and get your brand out there.

With social media being the main source or marketing, you’re brand has to stand out from the masses.

DJ Chuck T believes in Dressing the part. Image is everything. Be known for doing something well.

George Acheampong said “Be authentic in your moves.” Things go wrong when you try to be something you’re not.

The panel all agreed you have to find the balance between your personal and professional life in order to succeed.

Lonnie Davis learned balance after recently taking up boxing. It physically and mentally prepared him for his success in business.

“You’ve got to take a lot of hits. Get beat up. Only then can you succeed”

DJ Chuck believes balance is different for everyone. “Face the fact but keep the faith.”

Your intent must align with your goals.

Ryan and Sport agreed on learning to say “No”.

Sometimes it’s ok to turn things down. Sport stressed the importance of Praying on your No’s after a ‘No’ almost cost him a lucrative deal.

A No can be important and imperative.

Terry believes in going after purpose. And purpose will get you paid.

It’s not enough to just go after money. Share with others. He has seen the inmates grow as he’s worked with them. He’s shown them what’s possible and built their confidence.

Many of the men have rebranded. Grown. Merged. And it’s made them even more successful.

George believes in evaluating your timing. You can’t see every angle when you’re in the middle. Sometimes it’s best to zoom out and look at the full picture.

Time for my top ten picks for Dad!

1. Don’t buy him another boring tie. Buy him a luxurious tie from Ike Behar Charlotte.

Leonard Gresham will help you pick out the perfect tie for your perfect dad!

2. A tie alone does not make an outfit. So pick a Ryan Jor El pocket square to complete the look. 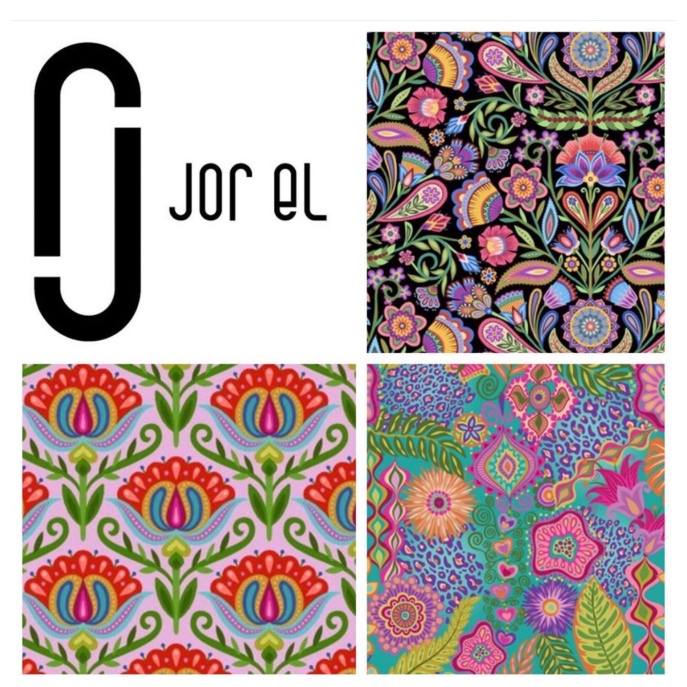 Each pattern is hand picked by the Fashion Connoisseur himself. The key is to compliment not match.

3. So you’ve given Dad a fancy tie and fabulous pocket square but he doesn’t quite know how to make it work. No problem. Once again it’s Ryan Jor El to the rescue.

His book Fashion & Fatherhood will have Dad looking dapper in no time!

4. If dressing up just isn’t Dad’s thing then head to Banana Republic for some comfy and casual outfits. 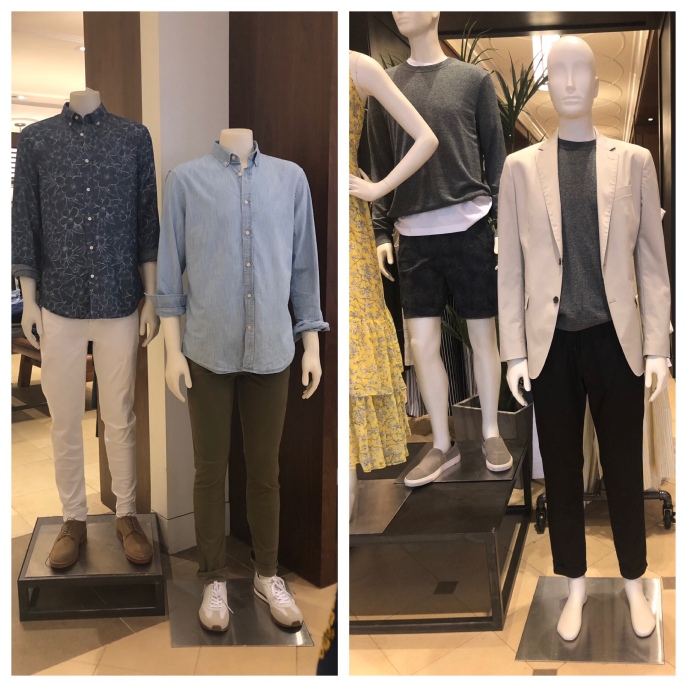 Throw out the old jeans and torn T-shirt’s and head over to BR on Rea Road and let Beth Scrimgeour make him the most stylish dad in the block.

5. Now that his closest is set it’s time to add some accessories. 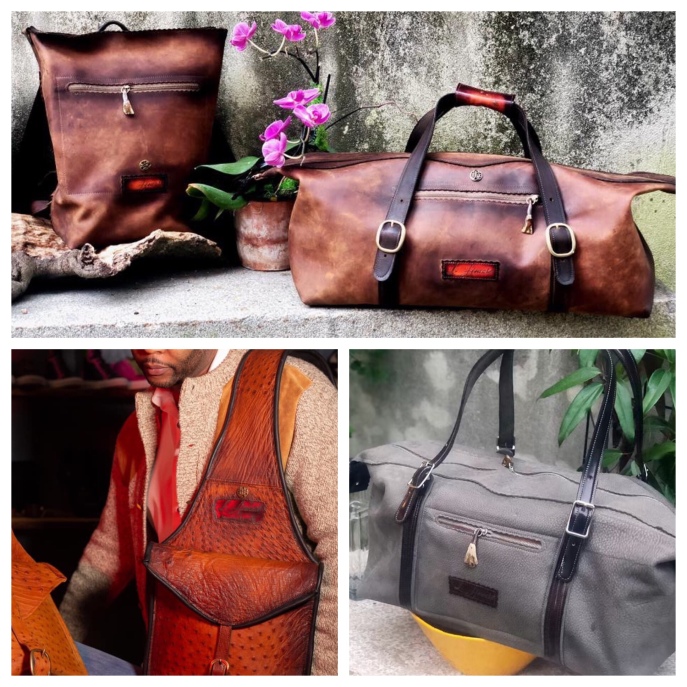 L. Howard Artisry in Leather makes unique bags for all occasions. No two bags are the same and Dad will stand out whether it’s for work or travel.

6. We’re all responsible for over half the wrinkles on our dads precious faces. So help him take better care of the face you love with Beauty Counters Men’s line! 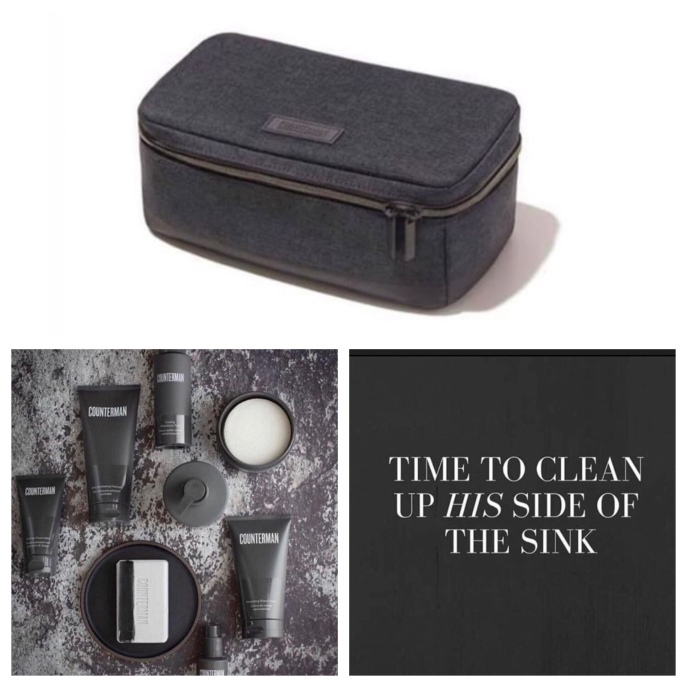 7. Good Ol Dad is looking pretty good. He needs to smell as good as he looks.

Michael Kors has some incredible colognes. Extreme Rush is my favorite. The Ladies at South Park Mall’s MK store will find the perfect scent for him.

8. He’s looking good and smelling good so he deserves a night out with the guys. 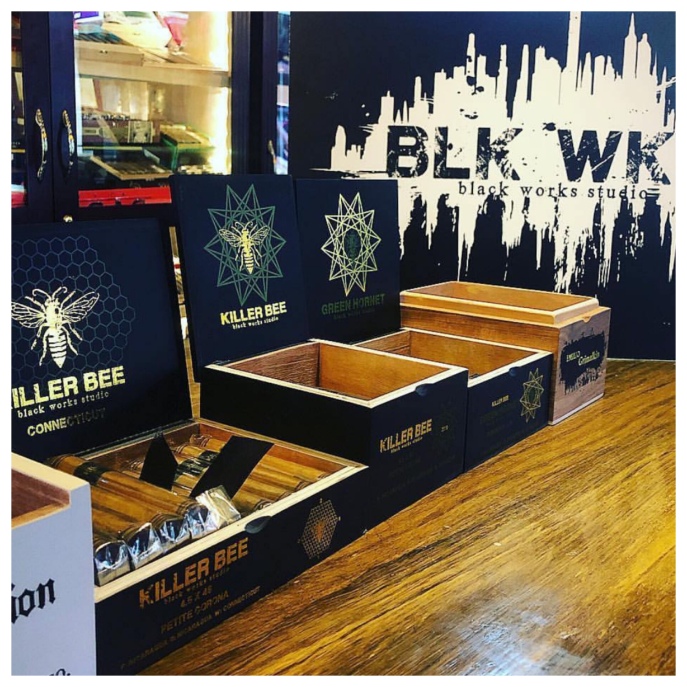 9. Give dad some family fun time he will never forget.

Mr. Stumpy’s Axe Throwing In Tega Cay is a fun time for all ages. Combined with Mr. Putty’s Fun Park there’s something for every age from 2 to 102. The golf course is even wheelchair accessible!! The owner Rob is so welcoming and makes each trip memorable.

10. After the shopping and fun it’s time to let dad make a pig of himself.

Tell dad to put the grill away and take him to The Improper Pig. The menu provides so many options to give dads grilling a run for its money.

Once a year we get to pay our Father’s back for everything he’s done for us. Give him things he’s never get for himself. And show him how much he is loved!

Jazz is one of my favorite genres of music. I listen with my eyes closed so I can hear each instrument clearly.

So when the opportunity to meet Jazz percussionist Alfred Sergel came up I made time to sit down for a conversation.

Prior to our meeting I listened to a lot of his music. I was hooked.

He came from a musical family. After destroying his mothers pots and pans he was eventually given a drum set.

The rest was history. He started taking music in school and had private lessons from seventh grade until graduation.

He continued his music education at Florida State.

For years he’s traveled and performed with Grammy and Dove Award winners. He started the Alfred Sergel IVtet and even started his own booking company for musicians.

But somewhere along the line he decided to focus on developing his music and his career as an artist. And now it is time to promote an incredible, talented musician…himself.

By the time you read this his new single ‘Y Closed’ will be out. A pathway to the September 6 release of his album ‘Sleepless Journey’.

Musicians have deep emotional bonds with the notes they write and sing. So I was expecting a dark, brooding explanation behind some of his titles.

But that’s not the case.

Das Ditch was written after watching a group of huge Russian men digging a trench to his work shop behind his house.

He picked up on the rhythms of speech, movement and sounds. Listening to the song I envision these strong men. At first talking back and forth as I listen to the cymbals and the faint snare drum. As each shovel of soil is dug the bass beats heavier and deeper. And the story of the digging of that ditch is told in the form of music.

The same happened with ‘Y Closed’ which was written after he went to the local YMCA to workout and found it closed. Get it??? Y Closed!!!

I picture him taking the bottled up energy from his thwarted workout and creating this catchy tune in his car in the way home.

This lead to a surprising answer to one of my questions.

I had assumed he developed the beats first then added the melodies. But Alfred works in reverse.

Artist gain inspiration from many sources. His comes from Phil Collins, his families banter before starting their day, and just living life.

Like his music, life can start out dark and slow and crescendo into a happy, upbeat outro.

He wants his audience to participate. To leave the worries of their day behind. Tap their feet. Sing along. And leave a more upbeat person.

Check out his YouTube videos. And get his music on Spotify. Or catch a local performance. You will walk away inspired. And perhaps humming his music that’s stuck in your head.

Musicians are a special breed. And Alfred Sergel walks to the beat of his own drum. Literally!