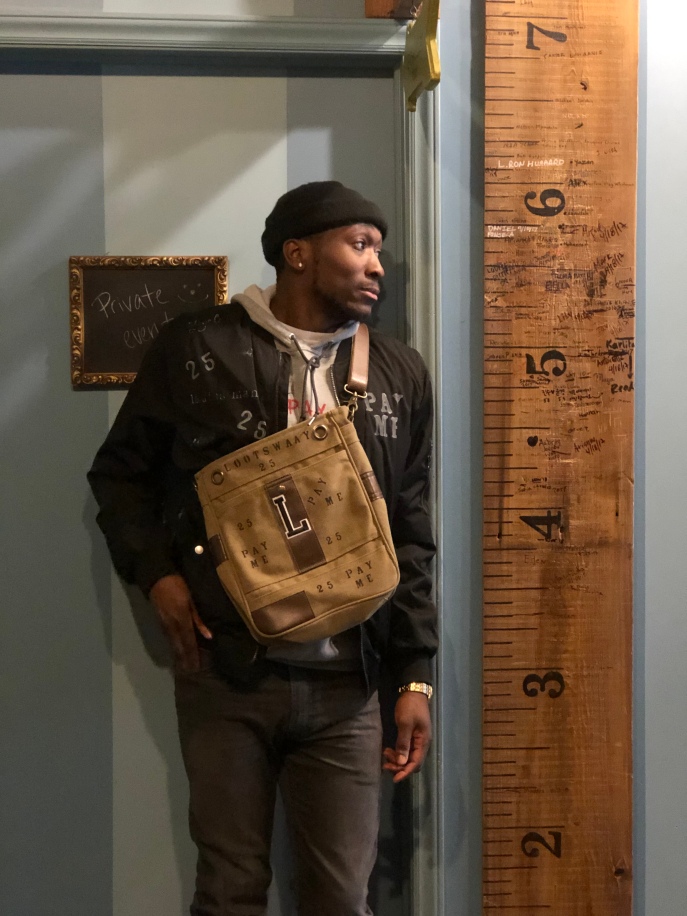 Reasons Brown is not your everyday designer.

We all know the type. They talk a big game about getting their designs out there but they never really do anything to make it happen.

That’s not how his brand works. Lootswaay Clothing refers to ‘Money is the Persuasion’. And he’s constantly and tirelessly hyping his work.

But he’s not just a designer. He’s also a musician. And plays basketball for Bluefield State College In West Virginia.

He doesn’t identify with any one in general. He hates to be put into a box. When I asked if he had to do only one he couldn’t choose. Because without all three he wouldn’t be ‘Reasons’.

“You have to protect your energy” he told me. “Learn as much as you can along the way”.

Music lets him express himself. And basketball fuels his energy. While designing is his way to get his point across.

Pay Me… That’s his mission statement. Pay me for my time. My work. My dream.

So many of us have gifts and talents and don’t know our worth.

Reasons Brown knows his worth. And he makes sure everyone knows it.

I recently channeled him during a meeting with a brand. I could hear his voice in my head telling me to know my worth. To get paid.

I met him for a reason. We both believe in living according to ‘God’s Timing’. Our mutual friend, rapper IV Montana, knew we would click. He knew we needed each other’s influence.

He believes we are our own competition. He also believes that if he isn’t meant to succeed then he will be the inspiration for the one who does.

His streetwear style is favored by men and women alike.

He felt accomplished and motivated the first time he spotted someone wearing one of his pieces.

If you look closely you will notice the number 25 on many of his pieces.

This is paying homage to a fellow basketball player that passed away.

He has started a fund in his memory. And each time he takes to the stage to perform or each time he sells a piece from his collection a portion of what he earns goes into that fund.

He told me it’s important to be consistent. “Be who you say you are”.

It’s rare to meet such a humble and selfless person in today’s world.

To know him is to know his worth more than money.

He gives us so many ‘Reasons’ to be thankful.

One thought on “Rhyme or Reason”