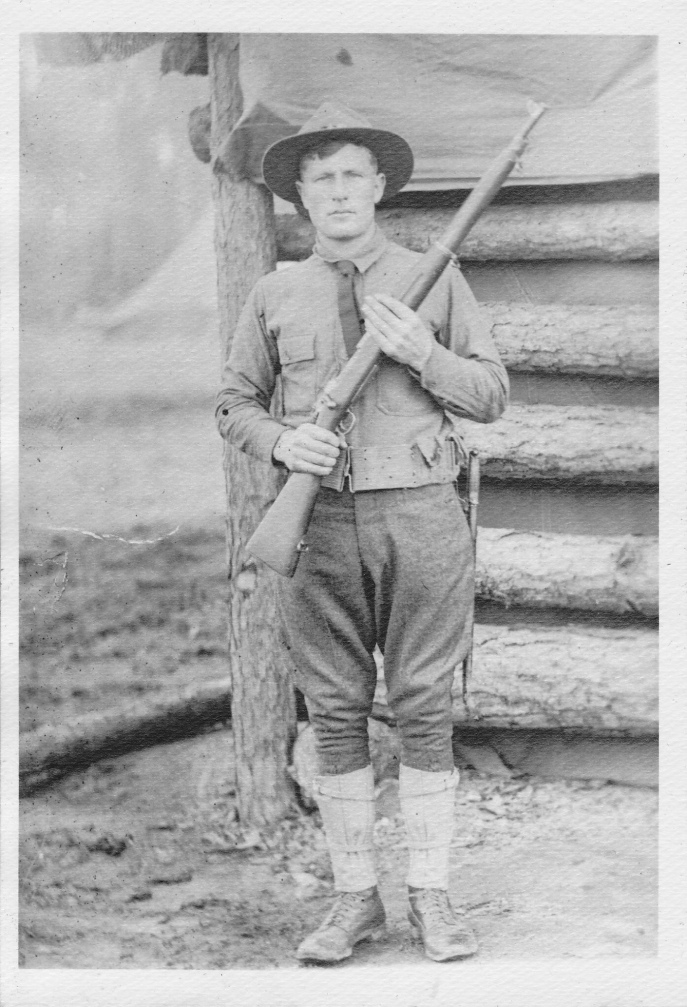 My Papaw was the most decorated war veteran to ever come from our county.

He was a successful farmer that planted according to the moon. And according to his heart. While others were following the Farmers Almanac he waited. And when those farmers lost their crops from an unexpected (to them) rain or freeze, he would feed them and their families. Despite the fact that they had ridiculed him for waiting.

When neighboring farmers started planting soybeans to sell to the government he insisted on growing what he had always grown. And gave away more than he sold.

He was not only a war hero. He was a hero to the whole community. They even named a neighborhood after him.

He was also a superhero to a little girl who grew up to be the Designer Diva.

He taught me how to pick a ripe juicy watermelon.

He taught me the right way to pick fruit from a tree.

He taught me to study the moon and stars and let them guide me.

And recently, he taught me a lesson from beyond the grave.

I’ve always struggled with envy. Coveting has always been the hardest Commandment to keep.

I’ve always wanted what I don’t have. And I’ve had trouble realizing everything isn’t for me.

That event I wasn’t invited to. The promotion I didn’t get. The blogging opportunity I wasn’t even considered for.

It could be someone taking a parking spot I’d patiently waited for. Or the shoes I wanted that were sold out in my size.

We’ve all had an occasion that didn’t go as planned. A relationship that we thought would be perfect. That job we just knew we’d be perfect for.

I’ve slowly been realizing that if I were to get the little things I thought I wanted that I may miss something big that I was really supposed to be doing.

But still, I couldn’t help feeling envious. Feeling like if only I were better, younger, prettier, skinnier etc…

Last week on Veterans Day my cousins and I were discussing our beloved Papaw.

One told of a war story he recalled hearing as a boy.

During World War I my Papaw and his troop were being bombarded by artillery. He ran for cover toward a foxhole but another soldier beat him to it. He kept running until he found another one. As soon as he jumped in a shell fell directly into the hole the other man got to first and blew up right before my Papaws eyes.

Hearing this story shook me to the core. If it weren’t for that one moment I wouldn’t even exist.

Yes, everything isn’t for me. And I’m so thankful for my Papaw’s Foxhole.