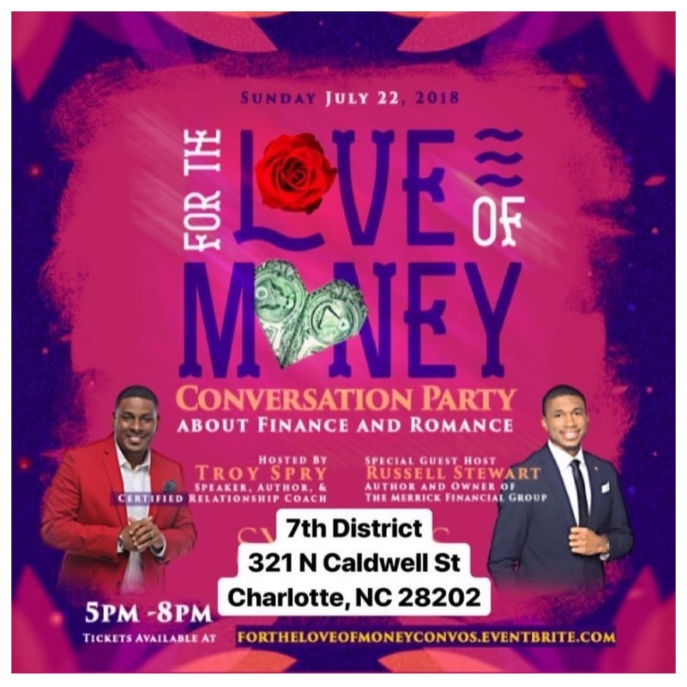 Love and Money. Two words that can be the basis for many heated arguments.

And this event was no exception.

I met Troy Spry when he was a panelist on the “Ask A Man” series I’ve covered in previous blogs.

When he asked me to cover this event I knew it wouldn’t be tame.

He combined his relationship expertise with financial guru Russell Stewart. Making for an eventful evening.

After everyone arrived we were encouraged to play board games, take pictures, get to know each other and even eat candy.

Troy then gave us instructions for the evening.

“Give short answers and don’t hog the mic.”

“Stay off your phone! Except for the Designerdiva she’s working!”

“Have fun and meet someone new.”

And the most important one…

“This is a conversation, not a confrontation!”

Someone at the next table wondered why he would say that. But I knew! I already knew how this was going to go.

The first topic was men making less than their partner.

Basically we learned it’s not what he makes but how he manages it. And how much of the day to day household duties he takes over.

“All areas can’t be lacking.”

And how the female handles it is important. Immature women will throw it in his face. It’s a respect and maturity issue.

Engagement is too late to discuss finances. 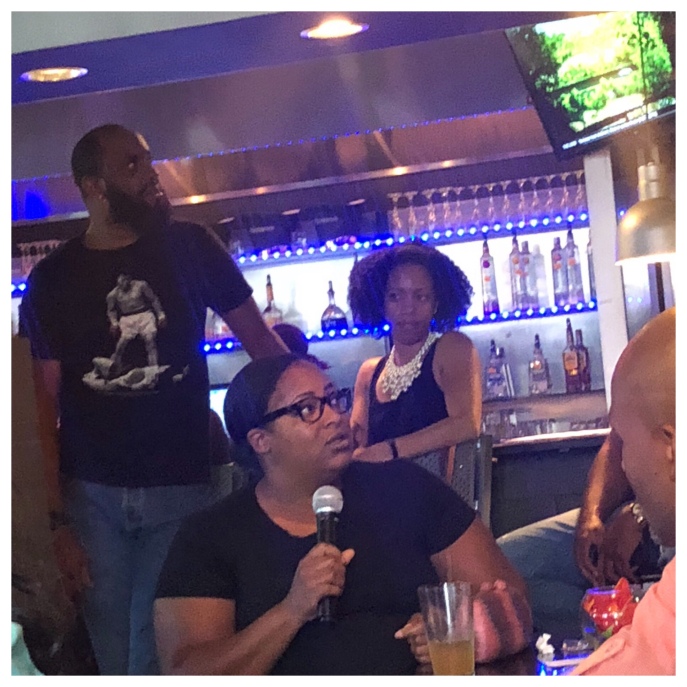 This brought on the gold digger discussion.

If a man tells a woman right off how much money he makes does it influence her?

If the man lies at first and later comes clean about being in the NBA how does the woman feel?

Which led to even more questions.

Do you look at their social media?

How much does that play into whether you go out with them or not?

A man in the audience responded “Don’t assume I paid full price for my designer clothes. Do not judge. You don’t know if I’m just trying to create an image or this is just me.”

This is where the ‘conversation not confrontation’ rule came in handy.

There was no set answer. Eventually everyone agreed to disagree and moved on.

Lanard Wentz, Founder of Virile Magazine, was another familiar face from the ‘Ask A Man’ panel. He took part in ‘Love and Finance Triva’.

We learned that 41% of couples in debt argue regularly.

And 33% hide purchases from their spouse. 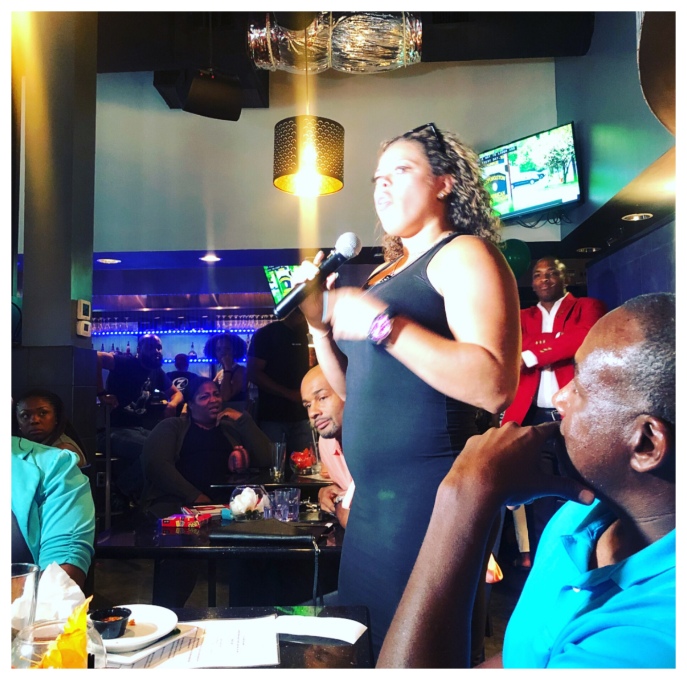 We moved on to ‘Who pays for the first date?’

Everyone agreed it’s whoever asks.

And that’s the last time everyone agreed.

The men believe that if you can’t finance a date don’t initiate it.

Start small. Or else you will be expected to outdo yourself each time.

The women feel it’s about effort not cost. The men do not believe that.

“If you pay attention to our conversations you will know where to take us” one woman stated.

At what point should the woman pay for the date. The average answer was the third date.

How many times does a man pay before the woman is deemed selfish?

The men said they want the woman to at least offer. At least reach for the bill.

The women came back with ‘Men shouldn’t assume we will offer.’

Yet again the ‘conversation not confrontation’ rule came up.

But let’s look at the woman’s point of view.

What if the woman is constantly doing little things for the man?

Buying him little things she knows he likes.

Surprising him at work with a home cooked lunch.

Driving him to the airport when he goes out of town.

Stop keeping score. Everything evens out. As long as equal thought is put into the relationship who pays for what shouldn’t be an issue.

Again everyone agreed to disagree.

Russell had us draw a picture of a house.

Our finances should be like the house. The foundation is ‘Protection’. This is insurance. Health, disability, auto and life.

The first floor is an emergency fund. This is a reserve so that one emergency doesn’t send you into debt. The plan is to have 3-6 month of income put back.

The second floor is to have a debt elimination plan.

The attic is your Retirement Plan. Your income determines your Quality of Life.

And the roof is your goals and dreams. These shouldn’t be overlooked and money should be put aside for them.

Women and men will never agree 100% of the time. But as more and more events provoke discussion we can at least begin to see each other’s side.

Troy and Russell left us with these words…

Know where you stand financially.

Inspect what you expect.

2 thoughts on “For The Love of Money”