Raising kids is hard. Raising them alone is even harder. And raising two young boys in the hood without letting the streets claim them is nearly impossible.

But Windy McCorkle did the impossible.

I met her oldest son last year. The Charlotte area rap artist spoke so highly of his mother I just had to meet her.

Devante Long and his younger brother grew up in the hood. But his mom wanted something better for her kids.

Not wanting to depend on anyone, she worked and went to school while Devante took on the roll of Man of the House.

He didn’t understand at the time that she was doing it for their own good.

When a bullet hit a little too close to home, Windy moved Devante and Devin to the country.

While her younger son adapted to his surroundings, his older brother still yearned to return to the hood.

As with most kids he rebelled. But his mom wasn’t having it.

While she believes in letting her kids make their own mistakes she also made them deal with the results.

“Allow them to live in it and lay in it til you get yourself fixed!” She told me.

And fix themselves they did.

Windy went on to marry and have a daughter with her current husband. And all three of her kids are intelligent, creative and successful.

Each of her children share their mothers creativity. She sings and also earned her Fine Arts Degree.

She believes in letting her kids be comfortable with who they are and what they do.

Milan shares her mom and older brothers love of music. And like her brothers she excels in school. 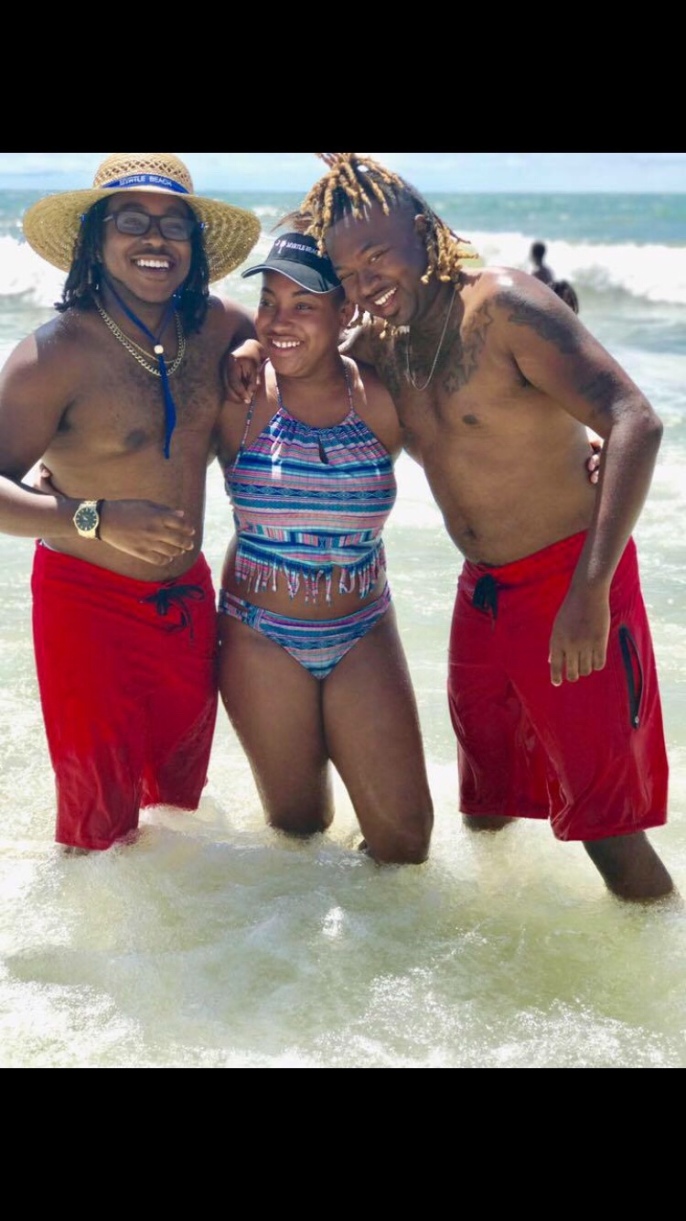 She has a strong mother and two overprotective big brothers to guide her.

Devin graduated college the day after this interview with a degree in Fine Arts like his mama. He loves sports but will still dabble in music occasionally.

She knew when he was younger that music would be his life. At first she thought it was a hobby and he’d get over it. But she saw his passion and dedication. She supported his dream. And now is the mother to one of Charlotte’s most talented rappers.

Fans go wild over him. But to Windy he’s still ‘Tay’.

She’s proud of each of her kids. But she keeps them grounded. If she sees them getting too full of themselves or straying from their raising she will snatch them back down to earth.

Devante now understands why she worked so hard to give her family a better life.

They say it takes a village to raise a child.

But sometimes it only takes a very strong Queen.